QUOTE: Statement of how the organization Smart and Sustainable Agriculture has influenced his/her life

The Food and Agriculture Organization (FAO) estimates that in most developing countries women produce between 60- 80% of the food and are globally responsible for half of the world’s food production. In India, around 65.1% of female workers are engaged in agriculture sector as compared to only 49.8% of male workers. Within agriculture, across crops and regions, numerous micro-studies show that there are significantly more women-days that go into farming than men-days. As per the NSSO and Census reports an overwhelming majority of Indian women (60-75%) are involved in the agriculture either as ‘cultivators’ or ‘laborers’. Women’s contribution to agriculture, whether it is in subsistence or commercial, when measured in terms of number of tasks performed and time spent, is greater than men. Generally, operations performed by men are those that entail use of machinery and animals. Contrary to this, women always rely on physical labor, which makes their work more arduous and unskilled and therefore less productive. As a result, women are invariably paid lesser wages despite working harder and longer.

Gender discrimination runs deeper at many levels. Though women are involved in every aspect of farm work, they are not considered as farmers. They harvest and process the produce, but men largely control the market and income. Women farmers have limited access to inputs, seeds, credits, and extension services and are not provided adequate support through support systems. These gender differences affect the relative ability of female farmers and entrepreneurs to gain from new economic opportunities, representation and decision making.

In the quest for women farmers ‘affirmation on land and farming, a partnership between AEIN , MAS and AF formed under the lead of APMAS, to came together to work for AGEEWA in Dharmavaram Mandal, Anantapur district. After the successful initial grant phase of one year the project has been extended to second phase (2018-21), focusing on empowering women farmers by strengthening sustainable Women Farmer Producers Organizations (WFPO) as viable business enterprises.

AF’s 100 target households per village have been organised into 4 Sasya Mitra groups (25 households per group) based on a well-established set of criteria:

Among the above categories, high preference is given to single women, women headed and other disadvantage families. Since the SC/ST population is low in comparison to the BC community (18 % as compared to 60 % BC), by default almost all the SC/ST households find inclusion in the target group. Those SC/ST households that do not have land find membership in the labour dependent group. 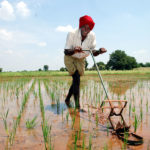 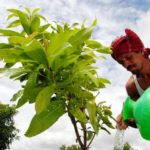 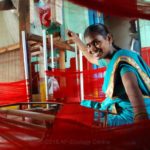